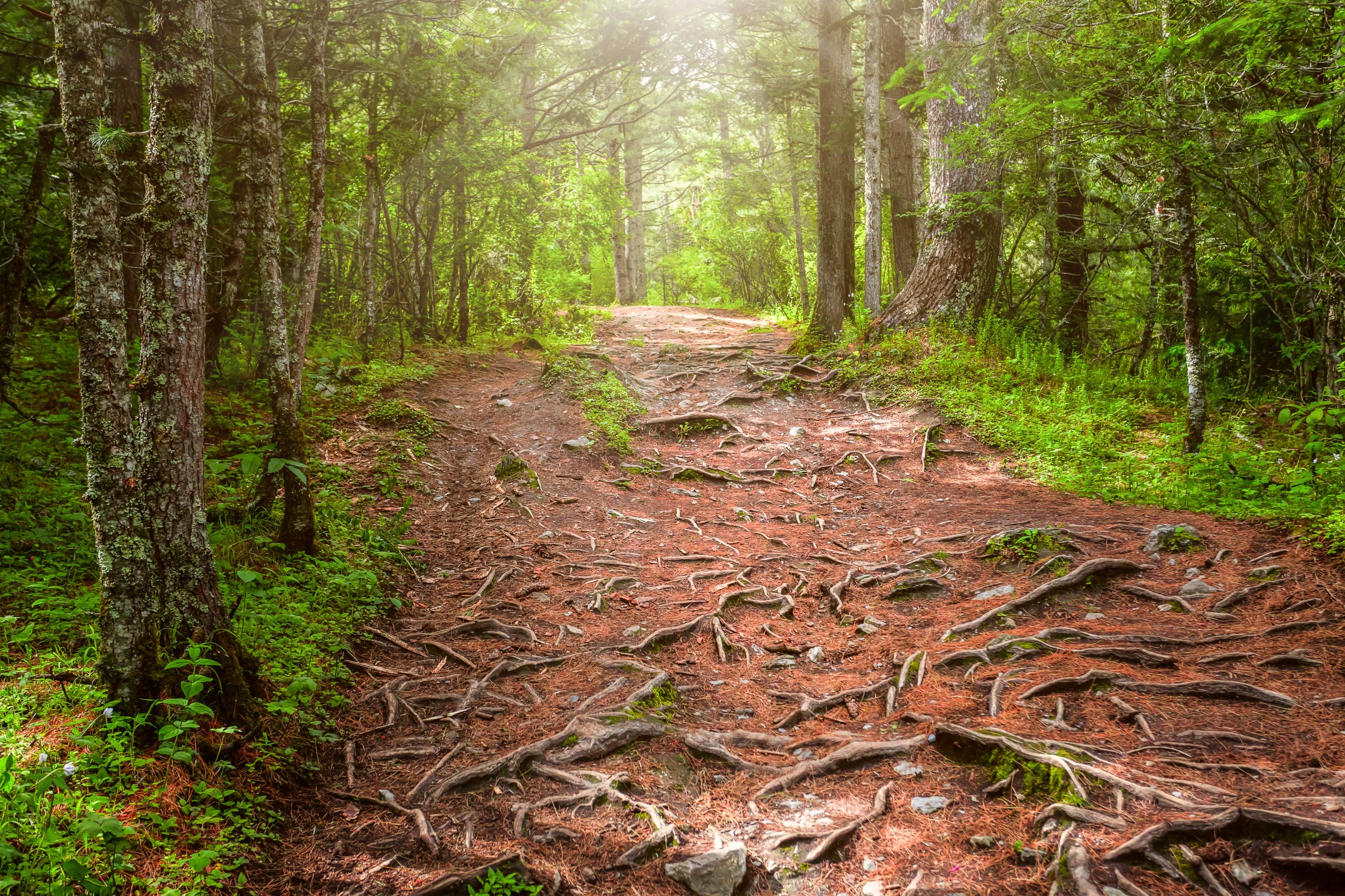 Maybe you just planted some new dark elm trees in the front yard of your new Woodlands home. Possibly you have fifty year old nuttall oaks in the backyard of your family’s lifelong Pearland home. Whether they’re there for shade, wildlife, a treehouse or even just watching the leaves change, trees can be an aspect of making a house a home over time.

Whatever the case is, big Houston trees mean big expanding root systems. If planted close to existing concrete driveways, sidewalks, patios or pool decks, those big strong trees might spell disaster for those concrete slabs in the near future as buckling concrete begins to appear. As those trees get big and tall, the leaves spread out wider and wider, along with the roots.

You probably bet on the shade providing comfort and relaxation for family and friends during those hot summer days. The repercussions those huge timbers could bring along with them might not be a priority at the time, however. Buckling concrete from the tree roots underneath are bound to cause havoc and be expensive to cut, remove, and repair.

Don’t Wait Until Buckling Concrete Is Obvious. It’ll Be Too Late

If you have started to see your concrete slabs fold or buckle, it may be too late to save them from imminent destruction. It’s almost impossible to fix the type of damage to slabs that occurs underneath due to an expanding root system.

That translates to watching your concrete slowly break apart until there isn’t a driveway, walkway or patio left to repair. If the problem isn’t dealt with early next to a swimming pool or pool deck you may have an even bigger problem on your hands. Having to  spend thousands or even tens of thousands to repair or replace a ruined pool or pool area isn’t in anyone’s budget these days. Don’t get caught off guard and stay aware of the changes occurring naturally over time on your property. The alternative is going to cost you way more money than a quick root removal fix.

There is a point of no return and it is closer than you think. If you hit this point, there isn’t any concrete repair service that will be able to help you. You’ll have to replace your concrete slabs which often costs thousands of dollars more.

Legal Liability Awaits When Dealing With Pedestrians Falling On Your Property

If your concrete sidewalk slabs are being raised up by large roots underneath, it may be unsafe for pedestrians to use them at all. All it takes is two inches of vertical difference between concrete slabs to find a property owner liable for negligence. If someone trips and falls over their uneven sidewalk you’ll likely be paying medical bills and loss of wages. That means rollerbladers, skateboarders and joggers might soon be taking legal action against you if those tree roots have lifted sidewalk or driveway concrete slabs above sanctioned levels.

Don’t let this happen to you. Get your lifted, tilted, or buckling concrete slabs leveled ASAP to avoid litigation and liability from tripping hazards.

Houston has a unique blend of soil and clay that is instrumental in the Texas agriculture industry. Crops like sorghum, cotton, corn, small grains, and forage grasses thrive in it. Although the state agricultural department values this fertile soil deeply, it may cause you more than a little trouble as a Houston homeowner. Not only is it relatively difficult to dig through, it can also be a pain to get work done when it’s slick and muddy. On top of that, it’s an ideal mixture for large plants and trees to thrive in. That allows for them to tear apart concrete structures and surfaces from underneath and within.

Trees love the stuff because it gives them an endless supply of water as the soil clay mixture is capable of holding water after a heavy rain, and for long periods of time. That means your new trees might be shooting up and out a lot sooner than you originally thought. Having such rapid tree growth also means huge tree roots digging their way through the dirt under and around your concrete structures and slabs.

Houston Black Is Also Susceptible To Erosion And Displacement

Houston black soil surely holds that water but doesn’t expand and swell like other fertile soil mixtures. That’s not to say that when it eventually dries out it won’t contract, because it does, a lot! That means sinking and settling concrete slabs is an almost certainty when dealing with heavy 500lb chunks of driveway, walkway or patio.

As anyone who has done even a little gardening in the Houston Metro is aware, the clay heavy soil mixture isn’t easy to dig through like many other fertile topsoils across the country. The soil is relatively difficult to dig through, sure. That doesn’t mean that it won’t be washed away as easily as the fine silty stuff, however. It can and will.

The Houston area experiences plenty of heavy rainstorms. The Houston black soil can only hold so much water until it is completely saturated. Once it reaches this point, the clay that holds the mixture together will start to break apart. This makes it much easier to be washed away. That leaves your concrete surfaces susceptible to voids forming underneath, which will eventually become bigger and cause more serious issues, if not dealt with.

When Should You Hire Root Cutters?

If you have large trees next to concrete surfaces it’s likely roots have already made their way underneath. Depending on how large the tree is, those roots likely have the potential to lift your slabs up and buckle your concrete. If you notice any upward movement from slabs or cracks that appear to be bulging up from underground, give a professional tree removal service a call ASAP.

When it comes to most services involving extremely heavy objects that could potentially fall down and injure someone, it’s best to consult the professionals. Tree root cutting and removal is no different. If you’re dealing with an enormous tree, like so many in the Houston area, it’s advisable to consult with a professional about the best actions to take, moving forward, before trying to do anything yourself. That’s not to say it’s impossible to DIY but there are huge risks and costs involved that greatly outweigh the benefit in most cases.

The removal of large roots that were likely to cause buckling concrete slabs is often just the beginning. When the Houston soil underneath heavy concrete slabs is disturbed and then reintroduced, it isn’t packed. This leaves it susceptible to sinking and settling. That translates to another problem for your concrete driveways, sidewalks, patios and pool decks. Sinking concrete slabs and sealing expansion joints is where Tilted Concrete Solutions comes into play.